Thubutu Africa Initiatives (TAI) wants to see local communities flourish, daring to take measure into their own hands. Children are at the base of this; they are our future. Children deserve to grow up in a safe and healthy environment; an environment that enables them to reach their full potential. Unfortunately this is often not the case. One of the major problems? The lack of education; education in the broadest sense and as an information provision tool. Education and information result in knowledge and knowledge drives change. At TAI we seek to appreciate and develop what Tanzania can do for the development of her own communities and Africa as a whole.

TAI is an officially registered local non-governmental organization and is currently primarily active in the remote rural areas of the Shinyanga Rural (Shinyanga DC) and Kishapu district, as well as Shinyanga Municipal, all located in the Shinyanga Region.

What we believe in

Youth under 15 years of age comprise 45 percent of Tanzania’s population of over 53 million people (UN Population Division, 2015). At the current growth rate, Tanzania’s population is projected to reach 70 million by 2025. Sustained by steady growth, over the past two decades Tanzania has made significant progress in economic, social and human development. This, however, has not benefited all sectors of society and inequality has widened. Women and youth are among the most marginalized and underutilized Tanzanian citizens.

Within this context, TAI works to enable gender equality and empower women and youth (girls in specific), as the three groups play a key role in the progress and growth of Tanzania. Tanzanian females and youth must have greater access to and control over resources, opportunities, and decision-making power in order to sustainably reduce extreme poverty, build healthy communities, and promote inclusive growth.

We believe that education (in the broadest sense) should be used as an information provision tool; education is knowledge and knowledge drives change. Its often the lack of knowledge that withholds rural communities to develop and thrive.

Our mission is to enable children to reach their full potential. To do so we need to reach further than the children alone; they are a part of a family, of a community. We thus ‘educate’ children, their parents (men and women), caregivers, teachers and other key influential people  in their communities to improve the well-being of children, with a special focus on girls and young women. 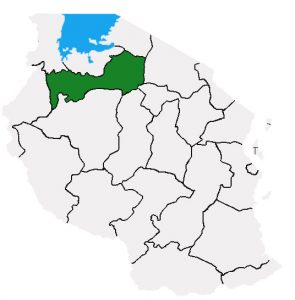 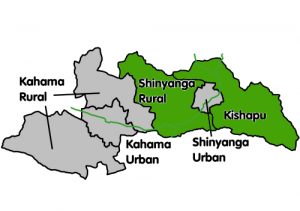 TAI has the dream to serve rural Tanzania as a whole. However, with an estimated population of 50 million and a land size of approximately 945,087 km², the population of Tanzania is spread out. To lay the foundation of her work, TAI focuses on the northern part of Tanzania, the part where her founder was born and raised.

The Shinyanga region, divided in 5 districts and located in the north-western part of Tanzania, has a population of about 1.6 million people. While a few cities and their surrounding areas are developing rapidly, a very large part of the population in these districts is still living very rural with little access to facilities and services. The districts of Kishapu, Shinyanga Urban (Municipal) and Shinyanga Rural (DC) are three of those districts and TAI decided to focus on these three districts. Due to our growing program, we expect to expand our activities towards Kahama Rural and Urban, Sengerema and Kigoma within the coming years.